Reuse and its new frontiers

Following the 2020 French anti-waste law for a circular economy (AGEC) and the efforts made by certain stakeholders to make large-scale reuse possible in France, this year Cetie announced the creation of a working group on “Reuse of containers designed for food and beverages”. This group, which is international in scope, held its second meeting in October, attended by the main stakeholders concerned with this subject, in particular:

The group chose Markus Grumann as its chairman. He is the Managing Director of Miho Inspektionssysteme (photo above), which makes automatic inspection systems of containers originally focussed on bottling lines, with inspections at the start of the line, during packaging, and of the finished product. In addition to his functions at Miho, Markus is also closely involved in two German organisations dedicated to reuse: Mehrwegverband Deutschland, which addresses all aspects of reuse and the reuse of packaging materials, and Pro Mehrweg, which concentrates on the reuse of bottles for beverages. He brought to the working group his vision of a mature system, which is aware of some remaining drawbacks, but which intends to continue growing by modifying this system and making technical, and in particular digital, improvements.

The group started by trying to answer one simple question:

What characteristics must a container have to be reusable?

This question is of particular interest to industrial manufacturers who want to launch a reusable model. Implicitly, it is also of interest to washers that are looking to collect articles designed for single use, in order to wash them and return them to the market. This second-hand market has already grown in certain sectors, such as wine, in France and Germany.

While the answer to this question is already quite well-known for bottles, a common document deserves to be written on the topic. On the other hand, we have little experience concerning jars, apart from the market for medium-sized yogurt jars (500 ml), which represents several tens of millions of jars per year in Germany. The glass manufacturer Owens Illinois has looked into the question by running a number of tests on three jars available on the market, and submitted several criteria to the group to determine whether a jar is reusable or not:

This complete protocol comes with boundary values that the group can discuss before drafting a reference document. Recommendations on certain key aspects of the design of the jar will also be examined, including the shape of the contact zones between jars, the shape of the shoulder, and the protection of the finish.

The group also worked on the crucial question about container washers:

What are the acceptable limits in terms of microbiological contamination and allergens?

This question is particularly relevant to outsourced washers, who are not directly integrated into a filling line and must therefore meet their customers’ precise specifications. To begin with, the group will examine whether the regulations applicable to foodstuffs can also be applied to containers, and in particular the European regulations (EC) 2073/2005, 1441/2007, and 1881/2006.

The group agreed that there is no point in requiring zero microbial contamination since this is not the case for single-use articles. On the other hand, the subject of allergens is more complex. In addition to the contamination after washing, precautions must be taken to limit condensation, which could rehumidify dry and clean articles. 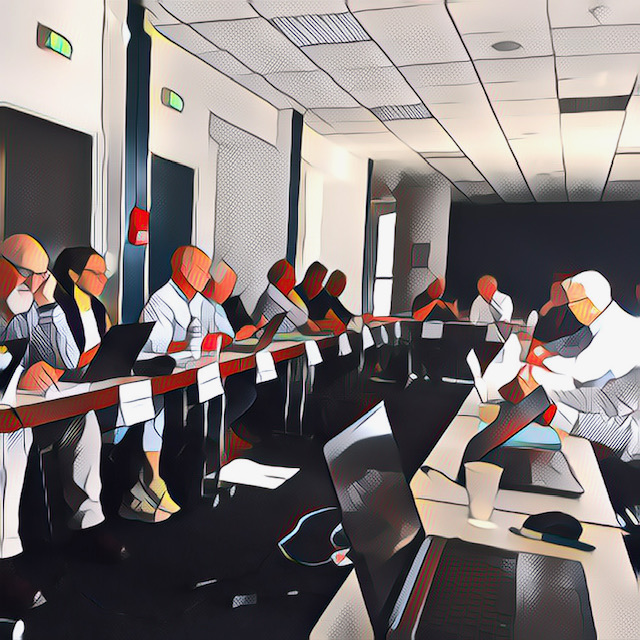 The group has started addressing questions about obligations of means. Should the washer’s standard specification only contain performance obligations (obligations of results)? Or should certain means be required, or at least recommended? This concerns:

The post-washing final inspection is intended in particular to eliminate articles containing either foreign bodies, which may be residue from the washing or glass defects caused in the last reuse cycle. This is a critical point of the process that, today, is sometimes controlled by a visual inspection (by a human being).

As a general rule, the group recommends that each stakeholder defines its own means on the basis of risk analysis and in keeping with the recent standards pertaining to food safety. Nevertheless, certain practices and types of equipment could be strongly recommended, or advised against, on the basis of the experience of the experts in the group.

The working group will address other subjects, such as the recommendations on the use of reusable articles (storage, secondary packaging, transport, sorting of different models, handling, and use).

These discussions confirm that the implementation of reuse on a large scale requires thoroughness and means that are complex to deploy. Cetie’s guides and recommendations will help the sector to reach an agreement on the essential aspects and will contribute to offering consumers solutions that are safe, reliable, and more environmentally friendly.